Cuba is the largest and one of the most beautiful islands located in the Caribbean Sea. It's unique musical rhythm, typical food, culture, history and hospitality make this island a must- see destination for many people around the world.

All Cubans are known for always welcoming visitors with joy and a contagious smile on their faces. This is why when visiting the island, travelers feel special and often spend time sharing experiences and learning about the daily life of its inhabitants. 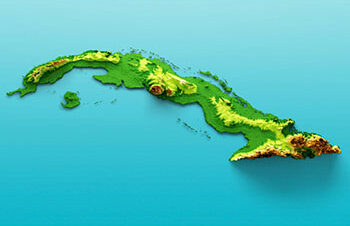 Cuba is an archipelago that encompasses the largest island of the Antilles called Cuba, the Isle of Youth (formerly the Isle of Pines) and more than 4,000 keys and small islands. It has almost 6000 km of coastline and more than 600 beaches including the ones located in Jardines del Rey and Jardines de la Reina.

Its terrain is mostly flat or rolling plains, although it has some hills and mountain ranges scattered throughout the country. In the western part of the island is the Guaniguanico mountain range which is subdivided into two by the river San Diego: the Sierra de los Órganos with mogotes formations and intermontane valleys, and the Sierra del Rosario, the largest Biosphere Reserve in Cuba, with some elevations such as the Pan de Guajaibón.

The central part of the island, or Las Villas, is basically mountainous. It contains Cuba’s second largest massif, the Guamuhaya or Escambray mountain range which goes from Villa Clara to Cienfuegos and Sancti Spíritus. The Eastern part of the island stands out for having the largest massif in Cuba, the Sierra Maestra, with the Pico Turquino considered the highest point of Cuba located at 1,974 meters above sea level.

Cuba is distinguished by its diverse and extensive nature, and the high level of endemism of its flora and fauna what makes it an essential destination for ecotourism. The cork palm, found in the western part of the island, the zunzuncito or fly bird with its tiny size, the Cuban frog, the butterfly bat, the dwarf scorpion, the woodpecker, the tocororo, among others, are just some of its essential attractions. 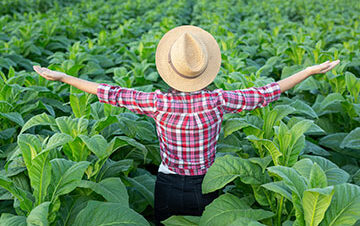 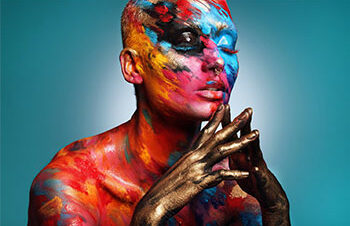 Cuban culture is the result of a mixture among the European, African and American cultures. Some of its best-known elements include music, dance, cinema, literature, theater and visual arts, which, although traditional, are still popular and influential.

Regarding music and dance, traditional music genres are the expression of rhythms and melodies originated from the fusion of African and Spanish rhythms with French, English and North American influences. Some of the most danced styles are danzón, rumba, mambo, chachachá, salsa, Cuban timba, among others, with musicians such as Miguel Failde, creator of the danzón, the Cuban National dance; Joseito Fernandez with the well-known “Guajira Guantanamera”; Benny Moré, known as El Bárbaro del Ritmo or El Sonero Mayor; Pérez Prado, who earned the nickname of “King of Mambo”; Juan Formell, Elio Revé, Adalberto Alvarez, Van Van, Isaac Delgado, Manolito Simonet and Bamboleo, just to name a few.

The National Ballet of Cuba, together with other Cuban academies, has consolidated the Cuban Ballet School on a global scale, and among the Cuban dance groups recognized worldwide are the Ballet Español de Cuba, the Ballet de Camagüey, the Ballet Lizt Alfonso, the Conjunto Folklorico Nacional and the Danza Contemporánea de Cuba.

Together with other customs, Spaniards introduced Spanish literature in Cuba, but the course of time and the intellectual growth of Cubans, gave way to the creation and development of Cuban literature with renowned writers including José Martí, Gertrudis Gómez de Avellaneda, Nicolás Guillén (the National Poet of Cuba), Alejo Carpentier, and Dulce María Loynaz, among many others. As a result, Cuban literature became one of the most relevant and in influential literatures in Latin America and all the Spanish-speaking world. As it has always been a source of inspiration for art, cinema and theater have found a good ally in books, and with the creation of the Cuban Institute of Cinematographic Art and Industry (ICAIC), some literary works were adapted to the screen. As well as cinemas and theaters, in Cuba there are several art galleries, museums, and community cultural centres that regularly display the works of Cuban painters. The National Museum of Fine Arts is located in Havana as well as the art studio of important artists such as Kadir Lopez, Michel Mirabal, Manuel Lopez Oliva, Zaida del Río and Flora Fong. In some cases, travelers can visit their studios, have direct contact with the artists and share impressions about their works.

Since culture in general is an important element of the Cuban identity, different cultural events take place every year in the island. The Havana Jazz Festival, the Havana International Book Fair, the Festival del Habano, the Havana Biennial and the Cubadisco are some of the most important events.